Andy Roberts Everyone
-
Andy Roberts' musical roots are firmly set in Liverpool where he attended University. He played with The Scaffold, when 'Lily the Pink' launched them to fame. Still a student, Andy was unable to commit and left, eventually resurfacing with a band called 'The Liverpool Scene'. In 1969 - after yet another split - Andy linked up with David Richards, John Pearson, John Porter and Bob Sergeant forming the band 'Everyone'. Since then Andy (here on the left) has played both solo, and with such greats as Pink Floyd and the Bonzo Dog Band. He currently tours with Hank Wangford. Left to Right: Andy Roberts, guitar; Bob Sergeant, guitar and David Richards, bass guitar. 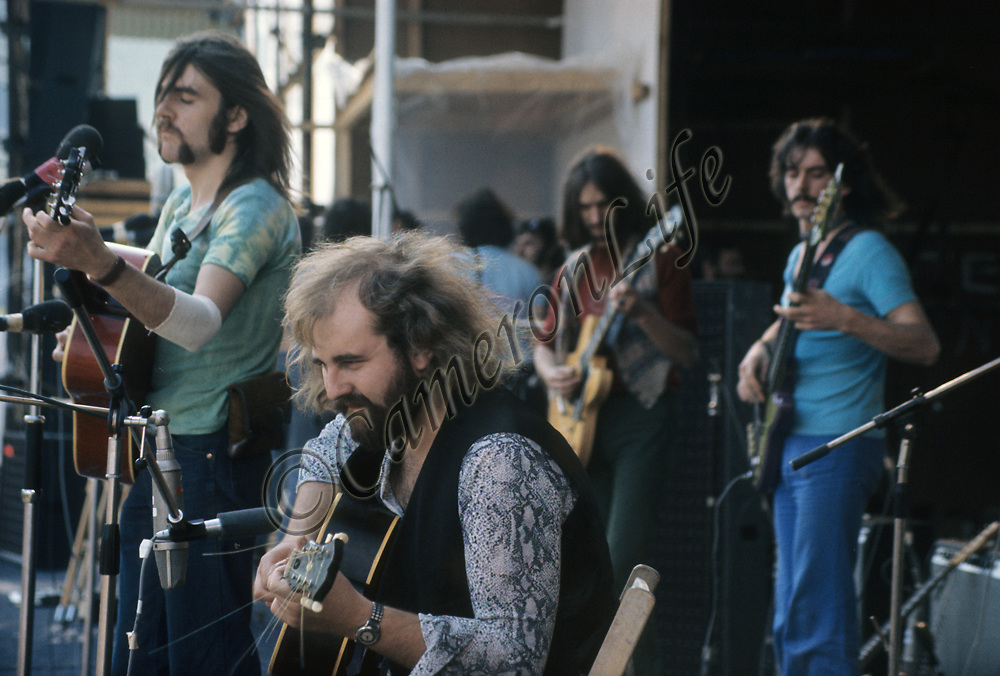